I love to draw. I've been drawing since I was old enough to hold a pencil. Comic book art and sequential storytelling has always fascinated me as well.

How to Draw a Dog Step by Step – Tutorial for Beginners

My son loves dinosaurs. So many kids do. Here is a cute T-Rex you can draw to practice as a beginner or to draw with your children. This tutorial will show you how to draw a T-Rex step by step for beginners. 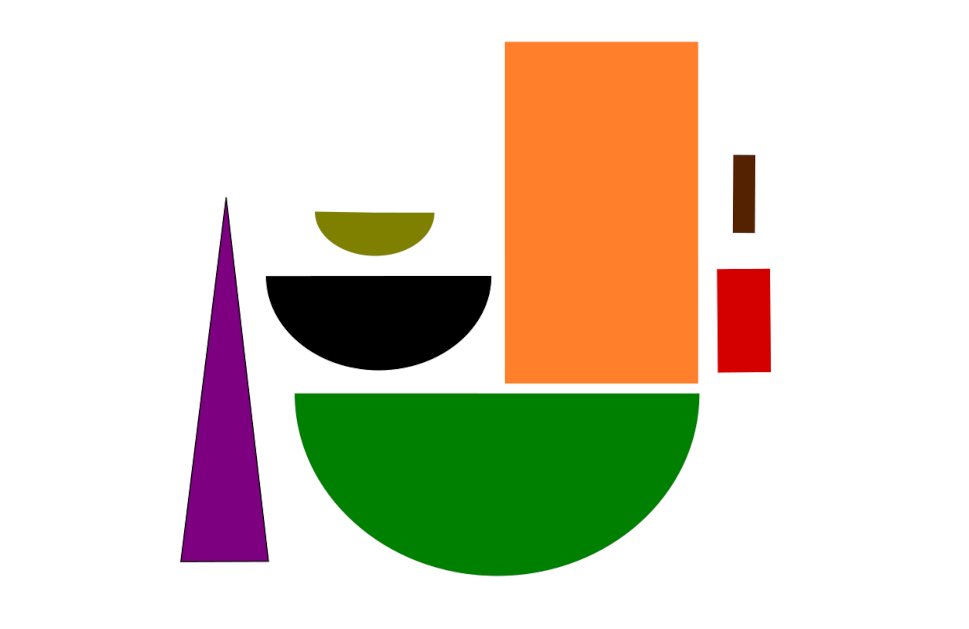 These are the shapes that we will use to draw our T-Rex.

This easy to draw T-Rex is built on just three different shapes. We have some semi-circles, a few rectangles, and a triangle. Here are the shapes we will use.

How to draw a T-Rex step by step? Assemble the shapes

Would you believe that we can draw a T-Rex for kids with just those few shapes? It's true! And more than that, we can draw almost anything by breaking it down into simple shapes and putting it together piece by piece. 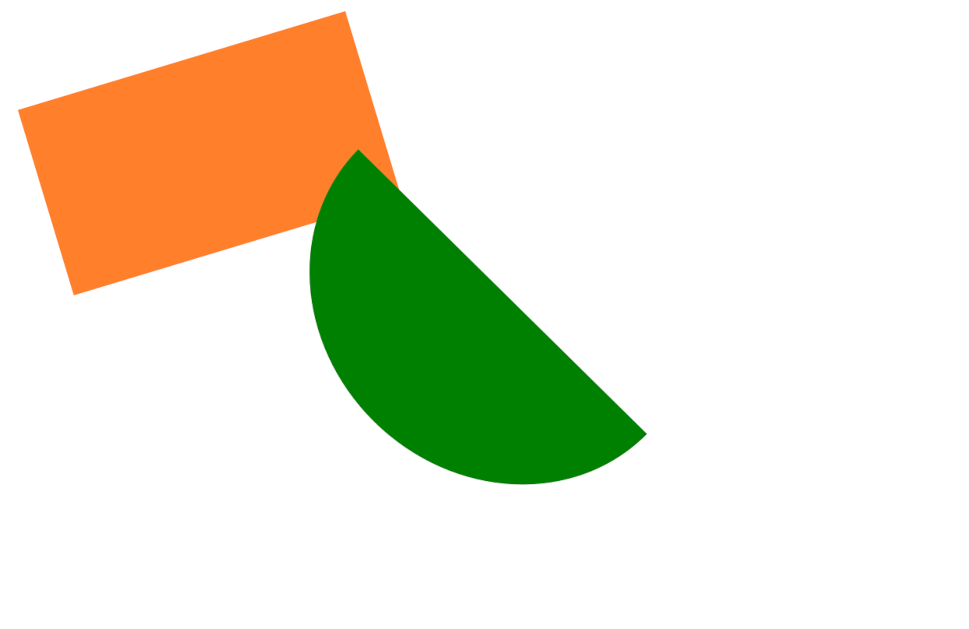 The first step is to make the head and body.

The first step is to use the big rectangle and semi-circle to make the head and body. 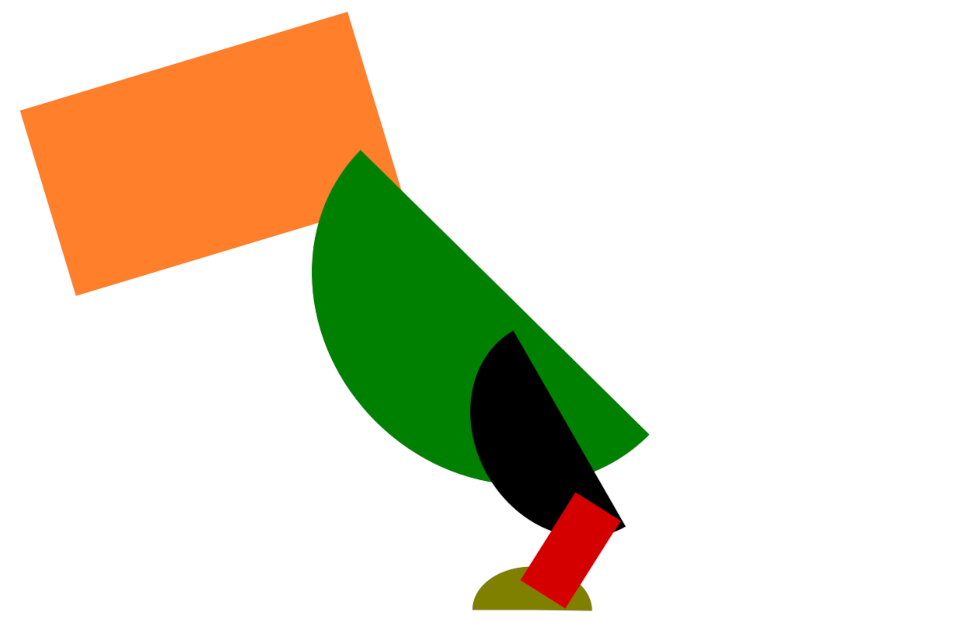 Next, let's use two semi-circles and a rectangle to make a leg. As you can see, many animal legs look quite different from ours. The red rectangle that looks like the lower part of the leg is actually comparable to our foot (just really long!), while the "foot" at the bottom is where the toes are. 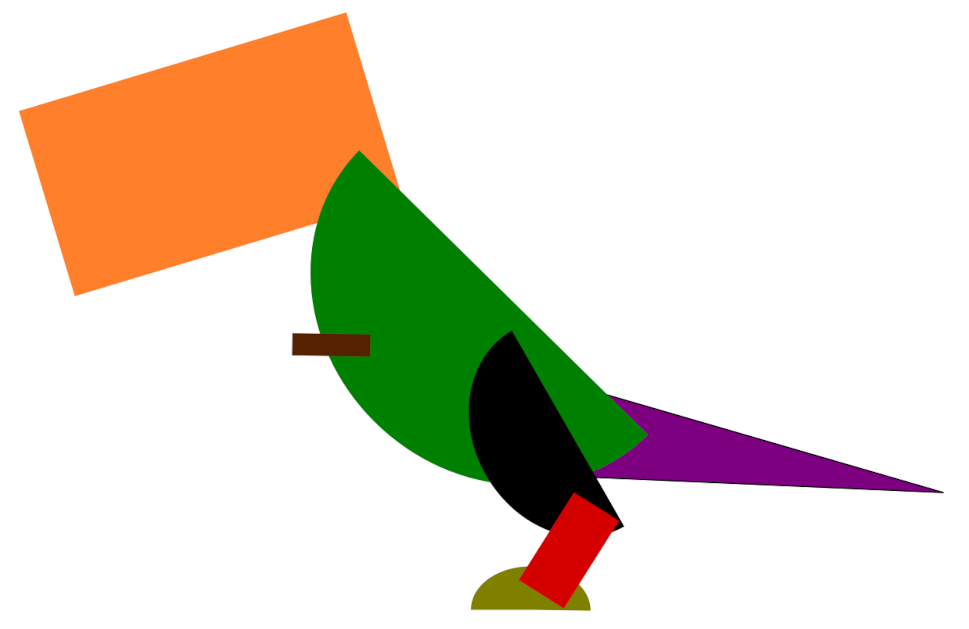 The next step is to attach the tail and an arm. We'll use the smallest rectangle for an arm and a triangle for the tail. The tail is important for balance, as the weight and length of the tail is what keeps the T-Rex from falling on his giant head!

Is it starting to look like a T-Rex yet? It will look a bit more natural if we duplicate the leg and the arm and draw them on the other side of the body too. 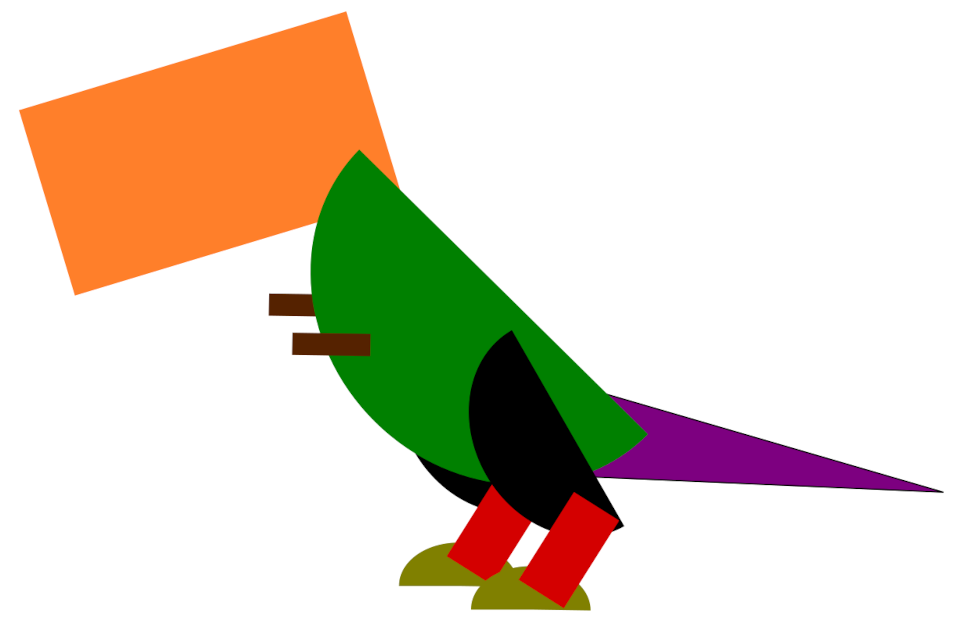 There we go! With that big head he looks like he'll just tip right over, even with a tail! So the second leg will help him look a lot more stable. Even though it's a simple cartoon, we still want it to look great!

Now to draw a T-Rex

Now that we see how to assemble the shapes to make our T-Rex we can draw it. So the next step is to trace around the outline of our shapes and we will have a great looking dinosaur.

As you do this, try to avoid drawing very many straight lines. Curved lines drawn smoothly in a single stroke look more confident and have more energy than straight, sketchy lines. 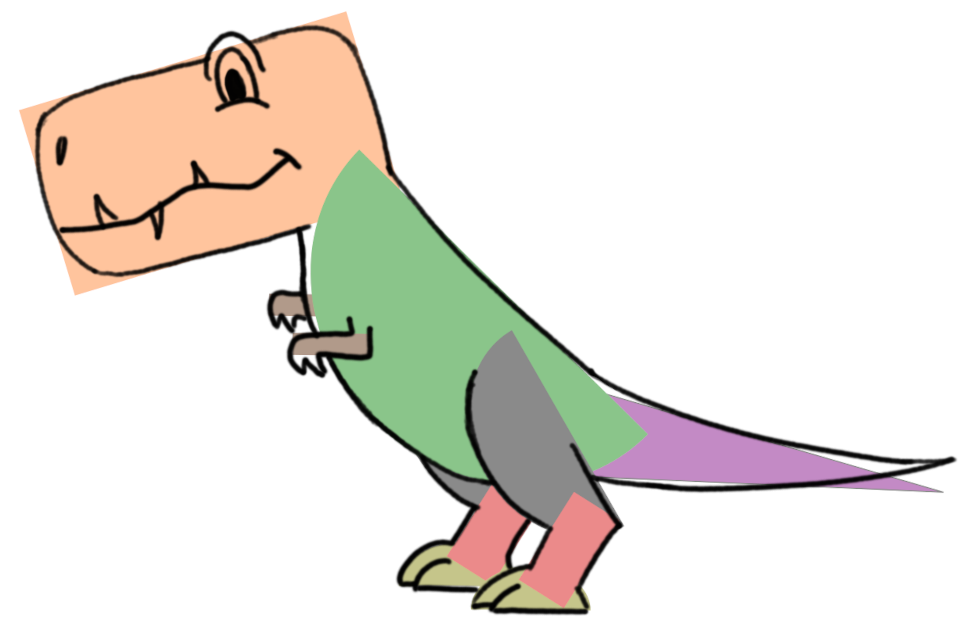 You can see that I rounded off the edges and curved some lines, such as bringing the tail up at the end.

Of course, adding a few embellishments can go a long way in making it your own work of art! We'll need to put in an eye, nose and crooked mouth for sure. A few fingers and toes couldn't hurt either!

Play with the shape of the eyes and mouth, you will see that a tiny change will dramatically change the dino's personality. 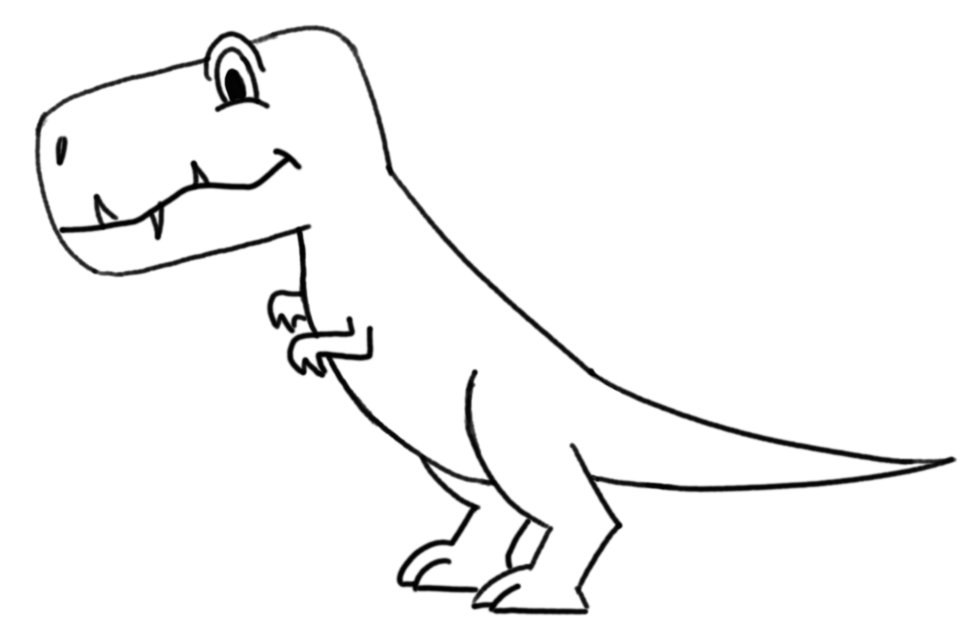 You did it! Great job! You drew an awesome T-Rex.

All that's left to do is color it in and hang it on your refrigerator! I hope you had fun drawing your very own T-Rex. Can you believe that you were able to do it with only a few easy shapes? Great job! I look forward to seeing what else you are able to create. 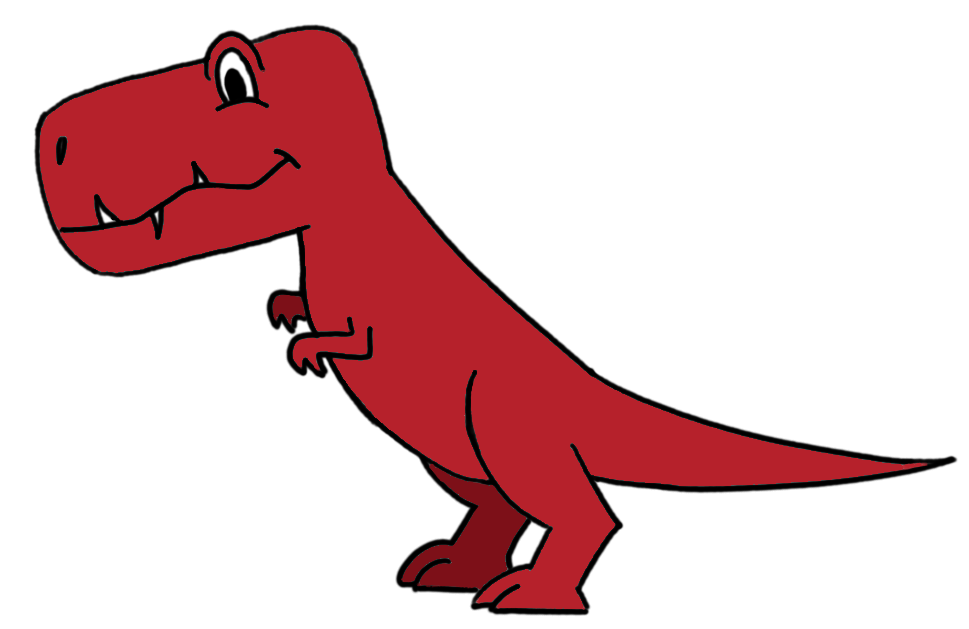 Download a free PDF with instructions and a place to draw your own T-Rex.

Please log in again. The login page will open in a new tab. After logging in you can close it and return to this page.